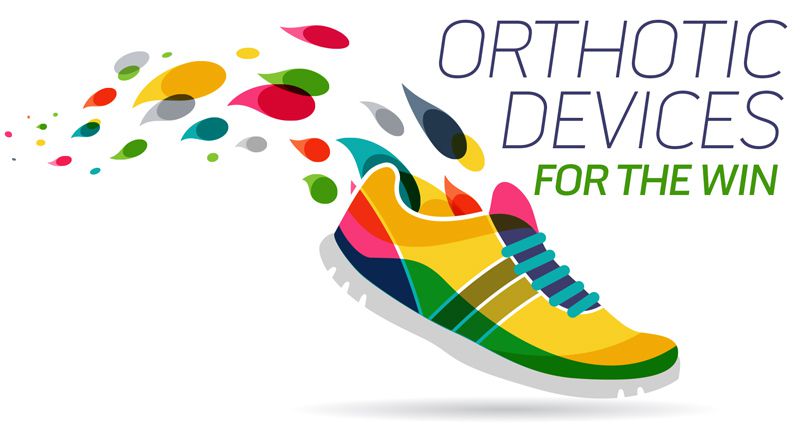 Sponsored by an educational grant from Medi USA.

he terms “hallux limitus” and “hallux rigidus” refer to a degenerative process of the great toe joint that was first described by Davies-Colley1 in 1887 and termed hallux flexus. Cotterill later coined the term hallux rigidus.2 The two terms represent a progression in the spectrum of the disorder, which is characterized by gradual loss of joint range of motion (ROM) in conjunction with joint degeneration, with hallux rigidus typically defined as complete loss of motion. Athletes who experience joint loading that is both elevated and repetitive may be at risk for this problem.

Most of the current literature on hallux limitus and rigidus has focused on surgical management, especially for hallux rigidus; conservative care, however, including orthotic intervention strategies, should always be exhausted prior to surgery. In some cases a trip to the operating room seems unavoidable. Once surgery has been done, however, lower extremity clinicians may be called upon to manage the athlete postoperatively, protect a healing area, and even manage progression.

Hallux rigidus is the most common form of arthritis in the foot, and its incidence is increasing with an aging population.3 In the general population, hallux limitus and rigidus are more prevalent in women than in men and more likely to be bilateral than unilateral.4-6 Hallux rigidus is seen commonly in athletes, especially runners, due to repetitive stress at the great toe.7 Sports that may cause extra stress on the first metatarsophalangeal joint, including those associated with turf toe injuries such as football, basketball, and soccer (especially when played barefoot in sand), and sports that require squatting, such as the catcher’s position in baseball, set the stage for injury.8,9 In general, a soft shoe on a hard surface seems to be a risky combination for athletes where this disorder is concerned.8,9

The cause of hallux rigidus is not well understood, despite a plethora of possible causes. The most commonly reported cause is trauma—both acute trauma and repetitive microtrauma.4,10 Metatarsus primus elevates (elevation of the first ray) was first reported by Lambrinudi,11 but the question of whether this is a cause or effect of hallux rigidus remains controversial.11-15 Excessive pronation16 and internal rotation of the lower limb17 have also been linked to hallux limitus, but again, causation is difficult to determine.

The accepted normal ROM of the great toe joint is about 110°, and it is believed that a minimum of 65° of dorsiflexion is needed for gait.18,19 The measurement is done with the individual supine with the foot in a relaxed position and the hip and knee neutral. Passive measurement is taken with a goniometer.20 More recently, x-rays have been used to assess ROM, which may be more accurate but not always more practical.

With hallux limitus/rigidus, the proximal phalanx moves into a relative plantar position to the first metatarsal.21 The sesamoids may become retracted proximally and hypertrophied, and have visible osteophytes, joint degeneration, and ankylosis.22

There are several classification systems for staging.24-28 The system proposed by Coughlin and Shurnas includes grading based on actual ROM, the relative loss of ROM as a percentage of the ROM on the unaffected side, and clinical symptoms.25

In contrast, Hattrup and Johnson have developed a simple three-grade system based on radiographic findings:24

Grade 3: Severe subchondral changes with significant narrowing, spurring, and the presence of loose fragments of cartilage or bone (see Figure 1). This is typically associated with a complete loss of range of motion.

Other classification systems for hallux limitus and rigidus have been described by Roukis et al26,27 and by Regnauld.28

In this author’s experience, surgical management of hallux rigidus in the active athlete typically involves a joint-preserving procedure rather than a fusion of the joint. A cheilectomy procedure is often done to remove bone spurs; according to Mulier, athletes in high-level sports such as judo, track and field, soccer, and skating do well with the procedure and are able to return to activity after surgery.29

However, hallux limitus can often be successfully treated conservatively. Nonsurgical options outside of shoe gear and orthoses include rest, nonsteroidal anti-inflammatory drugs, and injections of corticosteroids or sodium hylauronate.30 In a retrospective analysis of 772 patients with symptomatic hallux limitus, 55% were successfully treated—returning patients to previous activity levels with less discomfort—with conservative care alone. Of those, 84% were treated with foot orthoses, 6% with corticosteroid injections, and 10% with a change in footwear.31 Joint manipulation and other physical therapy interventions also have been reported to have benefits.32,33

When it comes to managing this problem conservatively, orthotic devices and appropriate shoe gear play a significant role. There is, in general, a paucity of high-level evidence related to foot orthoses, and hallux limitus/rigidus is no exception; most studies involve small case series. 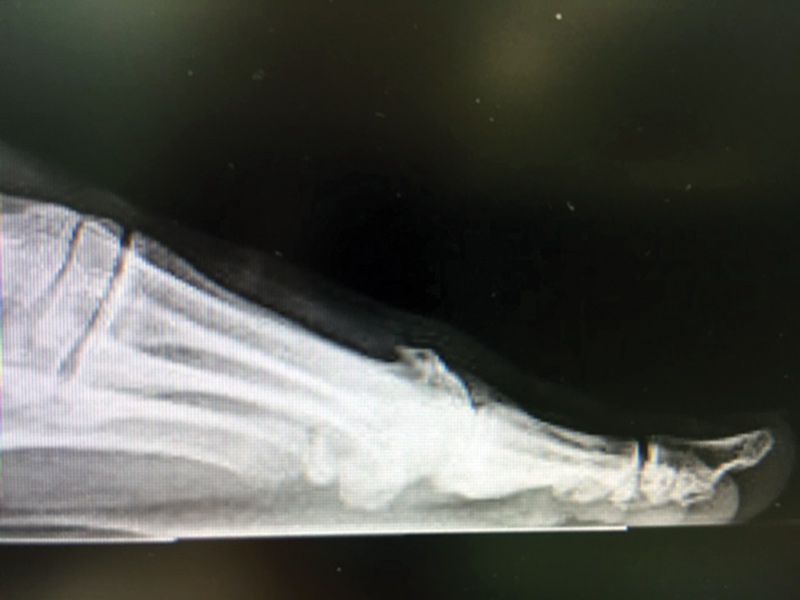 Figure 1. X-ray of an arthritic joint.

In addition, there is no clear evidence that an orthotic device for hallux limitus/rigidus needs to be a custom device. In a case series of 32 patients with first meta­tarso­phalangeal joint pain of mechanical origin, modified prefabricated foot orthoses were associated with significantly reduced pain at 24 weeks; however, this study did not include a control group, and further analysis of a subset of patients found no association between change in pain and change in first metatarso­phalangeal joint dorsiflexion.34

In this author’s opinion, an orthotic device for this patient population needs to be full contact to fit the foot appropriately, and at times this may require a custom device.

In mild cases of hallux limitus, an orthotic device may work to enhance the windlass effect, as described by Hicks.35 This effect involves shortening of the plantar fascia with dorsiflexion of the hallux and elevating the arch of the foot; conversely, it follows that a lowered arch can reduce dorsiflexion of the hallux. Hallux limitus has also been associated with pronation and plantar fasciitis, which further suggests that tension on the plantar fascia under certain conditions may influence hallux limitus.20,21 Therefore, in theory, a functional foot orthosis designed to support the mid arch in mild cases may improve symptoms.31,36

Scherer et al used this approach in fabricating custom orthoses with a 4-mm medial skive for 27 patients with functional hallux limitus, casting the feet with the first ray plantar flexed.36 They found that the mean maximum first metatarsophalangeal joint dorsiflexion during the stance phase of gait and mean maximum subhallux pressure were significantly improved when patients wore the foot orthoses compared with a no-orthosis condition.

Other options that may be helpful include a first ray cut-out, designed to allow plantar flexion of the first ray and promote further dorsiflexion of the great toe.9 Further modification to the first ray cut-out design includes a dynamic wedge inclined to 1.5 to 3 mm, elevating the second through fifth metatarsals, and a separate wedge under the distal tip of the great toe, elevating it by 1.5-3 mm, as well.37 For this modification, shoe fit in the toe box with athletic shoes may become a consideration in some circumstances.37 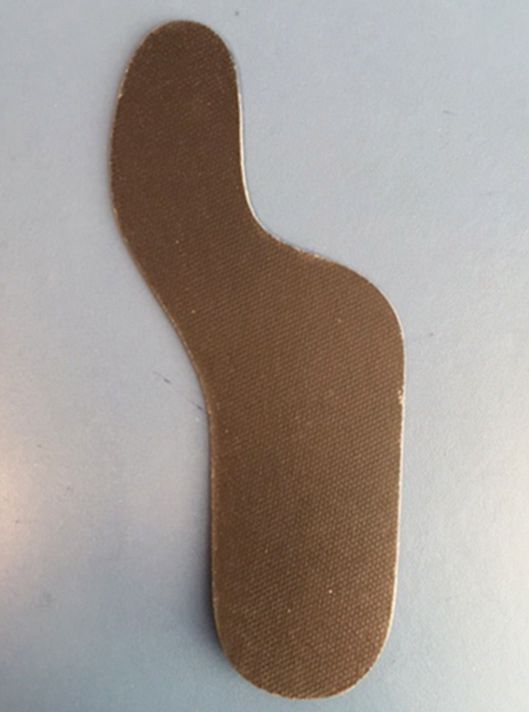 In contrast, in moderate to severe cases of hallux limitus/ rigidus, limiting movement of the great toe may be required to reduce symptoms. This limitation of movement could be implemented on a short-term basis to overcome acute inflammation or as a longer-term management plan. The Morton’s extension is used to extend material under the great toe to limit movement. It can be used to allow slight movement and protection when made of soft EVA (ethylene vinyl acetate). In severe cases, however, use of a much more rigid fiberglass-plate Morton’s extension may be needed (see Figure 2).9

When managing hallux limitus/rigidus, shoes and orthotic devices must work well together. The ideal shoe will have a rocker sole, be stiff enough to protect the great toe joint, and also allow for shock absorption. It should have a removable liner or allow room for an orthotic device. In the athletic population, with sport-specific shoes, this can be a challenge. Clinicians should take the time to familiarize themselves with the shoe designs and brands for each sport. Working with a team of trainers, sports medicine physicians, physical therapists, and the staff of a specialty athletic shoe store is invaluable.

Both hallux limitus and hallux rigidus are common injuries affecting the athletic population. Hallux limitus is a term for staging of hallux rigidus. The process is typically from trauma, either acute or repetitive microinjury. Elevation of the first ray as a contributing factor remains controversial. Depending on the severity of injury, different types of orthotic prescriptions may be appropriate. In cases of mild injury, athletes may benefit from orthotic devices that allow for protected movement. In cases of severe injury, orthoses that block movement of the first metatarsophalangeal joint may be the best option. Foot orthoses are a great tool, and in most cases may be helpful in reducing symptoms. However, more research is needed.

Howard Kashefsky, DPM, FACFAS, is the director of podiatry services at the University of North Carolina Hospitals in Chapel Hill.